The reference document for the Retail Trade sector

Within its work on identification of best environmental management practice and development of EMAS Sectoral Reference Documents for different sectors, the JRC developed a sectoral reference document on best environmental management practice for the retail trade sector. This was the first sector for which a Sectoral Reference Document and the related detailed technical report were produced.

The documents cover the whole value added chain for the products sold in retail stores, as shown in the following input/output scheme: 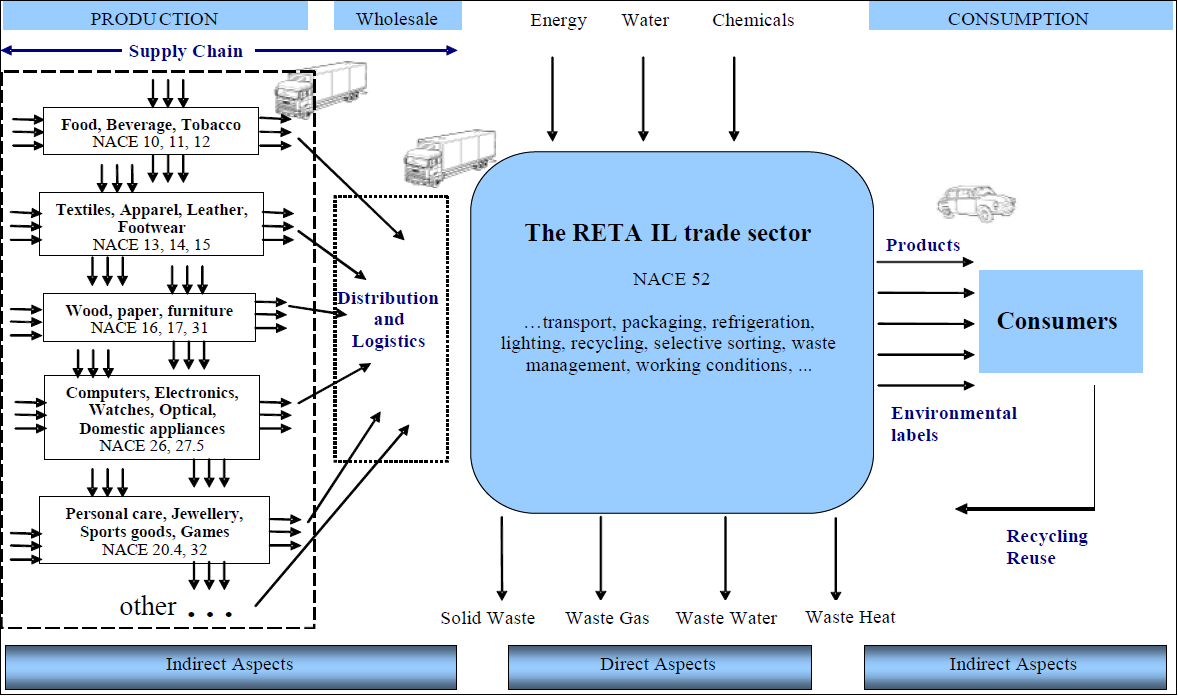 The BEMPs identified cover the most significant environmental aspects of the sector, with the first two BEMP groups (energy performance and sustainbility of retail supply chains) representing the greatest environmental impacts associated with the sector.

The two final outputs of this work were produced and published: the best practice report (Best Environmental Management Practice in the Retail Trade Sector) and the concise EMAS Sectoral Reference Document (SRD).

The SRD is the official document according to Article 46(1) of the EMAS regulation and it is adopted as a Commission Decision. It is available in all official EU languages.

The best practice report, which is much more comprehensive and detailed, is a publication of the European Commission's Joint Research Centre. It contains the full results of the research carried out and represents the most complete source of information for those organisations wishing to improve their environmental performance.

The following people are part of the JRC EMAS SRDteam:

The best way to contact the JRC EMAS SRD team is sending an e-mail to JRC-EMAS-SRD@ec.europa.eu